Rotasole Technology is a new, patented technology for footwear that is medically developed to provide wearers stress relief to one’s ankles, knees and hips during daily physical movements including walking, sport and recreational activities that involve the natural twisting and turning of one’s feet. KLAS will debut its Rotasole Brand featuring Rotasole Technology® for the first time in limited editions in the Fall of 2009.

The Rotasole Technology was designed and developed over a 15-year-period by Dr. Jack Goldberg, an Australian orthopedic surgeon, and his sons who were both professional Rugby players. “The Rotasole brand that includes Rotasole Technology works to improve performance and help protect an athlete from sporting injuries associated with knee, ankle and muscle strain,” Liberge said. “Rotasole footwear has a specially designed mechanism in the forefoot of the outsole, under the ball of one’s foot that engages when one naturally twists or turns.” Rotasole? Technology is a patented technology that was medically developed to provide a clear advancement in footwear performances. The Rotasole® soles have the unique turning ability which is exclusive to Rotasole® shoes. For more please visit www.rotasoleshoes.com. 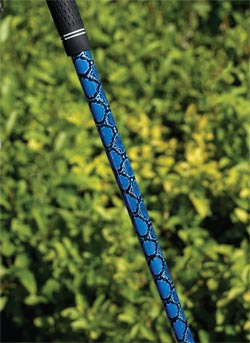 Customize and protect the shafts of your clubs with new Shaft Skinz. Used by several pro PGA and leading European tour players around the world, Shaft Skinz are a light-weight printed sleeve of thin plastic film that slips over the grip and shrinks to take the form of the shaft underneath. Available in a variety designs such as camouflage, skulls, confetti, and flames. Shaft Skinz offer protection to your shafts from the knocks and scrapes of everyday usage that often result in rust spots on steel shafts and areas of wear on graphite shafts. Shaft Skinz have zero effect on the playability of the shaft. Find out more information at www.shaftskinz.com. MSRP- $15.95 per pack of four. 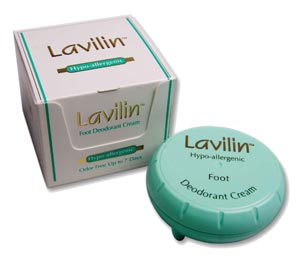 Lavilin Underarm and Foot Deodorant Cream is a prestige herbal deodorant developed by scientists studying the link between unpleasant odor and the bacteria normally found in perspiration. They found that when bacteria are eliminated, the odor associated with underarm perspiration also disappeared. So, contrary to popular opinion, it is bacteria that causes underarm and foot odor, not sweat.

Lavilin’s effectiveness is drawn from natural properties found in herbal extracts including Chamomile, Arnica, and Calendula, which work to eliminate bacteria on the skin. By harnessing the power of these natural herbs, Lavilin’s formula is completely free of aluminum, alcohol, Parabens and Phthalates – components that have proven to build up in skin tissue and strip cells over time.

The water-resistant formula only needs to be applied once or twice a week and provides superior control against odor, unlike most prestige deodorants, which only address wetness. The natural, crisp scent refreshes the skin and won’t interfere with perfume, cologne or any other fragrance, and will not leave streaks or residue on clothing. Suitable for all skin types, even the most delicate ones, both men and women will not have to reapply after showering, swimming, sunbathing, skiing, workouts, etc.

Lavilin’s extra-strength foot formula works the same way as its underarm counterpart to keep feet, shoes, and sneakers odor-free for days. An even stronger formulation than the Lavilin Underarm Deodorant Cream, the Lavilin Foot Deodorant Cream is perfect for stopping foul foot odor in its tracks. www.lavilin.com 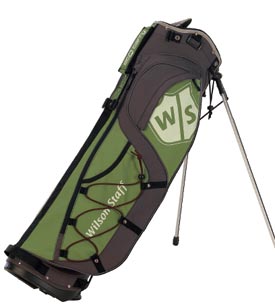 The eco-friendly lightweight carry bag utilizes Green- Plus® fabric. One Wilson Staff Eco-Carry golf bag is made from the equivalent of 12 plastic gallon bottles, similar to two-liter soda bottles. In the initial manufacturing phase, the plastic bottles are crushed into plastic flakes.

Designed in an earthy, moss green color, the Wilson Staff Eco-Carry golf bag is lightweight (3.7 lbs.) and durable. The slim form features an exclusive, soft neoprene handle and six-way top divider. With a paddle-activated stand built into the top of the bag, a Swivelmax double strap and ergonomic hip pad, the bag is designed to be eco-friendly on the environment and extremely comfortable to carry.