Chris Karamitsos wants to know: Do you think anyone who follows golf cared about the FedEx Cup?

John R. Cameron, Jr. PGA
Director of Golf
Daytona Beach Golf Club
The FedEx Cup was anticlimactic this year. Everyone knew who was going to win before the final event. They need to re-tool it to make it more interesting, or figure out a new way to involve FedEx in the Tour in a more meaningful way. This is what I would do. I think they should have a qualifier for the event that is open to all Professional Golfers with (PGA, European, Asia, Australian, etc) Tour status from all over the world. The qualifiers would play in one tournament at the end of the year called the FedEx Cup for $25 Million. I am pretty sure you would get every great player to participate. The first place winner is guaranteed to win 20 Million. Split up the other 5 Million thru the rest of the field. During the tournament, you could have other events that the Pro’s could play for.

Total Points based on score, closest to pins, longest drive - all tabulated by shot link so it would not slow play - this would create interest for the viewers. 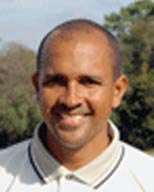 Kennie Sims, PGA
Director of Golf Operations
Tampa Sports Authority
Yes, The FedEx Cup points race was significant. For all the right reasons. Here are a few of the questions that crossed my mind: Who would stand up and take over in Tiger’s absence? Can the 20 something’s come in and show the dominance that they claim to have on tour? These young guys came in and took over the Ryder Cup matches. Can they show they are ready to write part two of their story or, will the older more experienced players face the daunting challenge of recapturing the glory. Has the talent level improved in the past ten years that Tiger has been on tour. Has he broken the mental barriers that the older players have developed or will some of the young studs step in and wax em!

Tod Benedict
Head Pro
Rolling Hills Golf Club
The FEDEX Cup is an outstanding example of “a good idea gone bad”. The idea is sound however the lack of outcome uncertainty was not present. Without Tiger it should have been a wide-open event with alot of interest generated however the system allowed for one player to dominate and essentially end it before the final event. With some rules adjustments such as making the final event a single elimination match play event with the top 32 in points would have made for a very interesting four days of golf!