How will Tiger Perform upon his return? 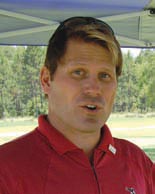 Tim Spangler
Director of Golf
Eagle Landing Golf Club
I think Tiger will show some signs of rust because of the changes he will need to make in his swing from a straightened left knee a impact to a slightly bent left knee at impact (just my opinion). It won’t take long with his work ethic to get back into the mix. He will still probably win 2-3 tournaments in his 2009 return. 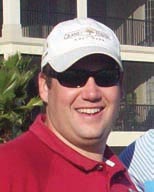 Christopher Duquette
Head Golf Professional
Grand Haven Golf Club
One of the many things which has helped tiger become the #1 player in the world is his preparation. His whole life has been preparation, which I am sure he learned from his Dad. Even with walking less then his daughter, I am sure he has been preparing mentally and physically for his return.

I don’t think he will win his first time out but I would be confident to say he will win this year. Every golfer knows you have to work through that winter rust before you tee it up for the club championship.


When it comes to the golf swing, how important do you believe tempo is and why? Are there any tips for tempo?
golfcentralmag.com