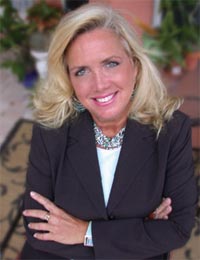 To the uninitiated, the game of golf involves a person using a set of clubs to hit a small dimpled ball into a slightly larger cup 150 to 550 yards away. Players do this 18 times in a row before celebrating their successes and failures at the 19th hole. But the game of golf is so much more than the number of strokes it takes to get it in the cup. The relationships that are forged on the course and off, both business and personal, are really what is paramount, not the score. I’ve always said that the man of my dreams will share my passion for the game because that is where the strongest relationships are indeed established. And its true.

Phil Mickelson met his wife Amy while attending Arizona State and married her in 1996. Amy Mickelson often followed her husband’s play outside the ropes and often interacted with the fans at tournaments, as she did most recently at the Players Championship just under a month ago.

And Phil? In ten events in the first five months of this year Phil Mickelson finished in the top three twice, in the top ten five times, and has earned over $3.2M so far this year. He has earned over $57M since he turned pro in 1992, not including endorsements, and had 36 career PGA Tour victories. He is at the top of his game, number two in the world, and quickly closing in on Tiger’s #1 spot….This makes his actions even more special when last week Mickelson took a leave of absence from the game he loved to be with the true love of his life, his 37 year old wife Amy, after it was announced she had breast cancer. Phil had no second thoughts, nothing except doing what is right for his wife and family. The HP Bryon Nelson Classic, the Crown Plaza Invitational where he is the defending champion, the St Jude Classic, and even U.S. Open would have to do without him this year. Once a cheerleader for the NBA’s Phoenix Suns, Amy now needed Phil to be a cheerleader for her and their children– Amanda, 9; Sophia, 7; and Evan, 6– and so he said adios to the game that has been so very good to him, at least for a while.

Amy and Phil’s outside involvement includes the Special Operations Warrior Foundation, Homes for Our Troops and Birdies for the Brave, among others. It’s only fitting that Phil will be home with the troops for a while until Amy gets better. Amy becomes the brave one battling an insidious disease that had over 178,000 new cases diagnosed and killed over 40,000 women in 2007, second only to lung cancer as the leading cause of death in women. And the Special Ops Warriors– those are the doctors, the support team, friends and family who are behind Phil and Amy with their time talents and treasures to getting them through these trying times.

There are many who have said that Phil Mickelson is an inconsistent player under pressure on the golf course. Perhaps, but in the game of life his most recent actions suggest that he is anything but…

We should all be so strong... and find a love so deep as theirs.