Letter From The Publisher – January 2008 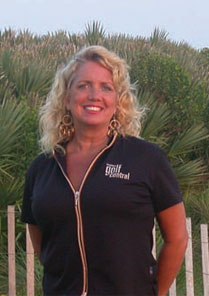 Illuminate in the Sunshine State

Every year I find the need to make up some corny rhyming catch phrase for the New Year coming. A trend started by Emil Miller, an old “friend boy”, years ago when he was producing sales collateral for SmithCo, a turf supply company he works with. His big new rhyming phrase was “Mow More in 04”. Made sense to the Superintendents at the time. Since then I’ve made it an annoying tradition to greet clients who call and friends & family with my A and B choices, people LOVE IT! A few we came up with…

Gonna’ Be Great in 08, Rejuvenate in 08, Recuperate in 08, well you get the jest of it. The point is to inspire, show love and encouragement, in other words Motivate in 08, another good one, Yeah!!!!

This may all sound trite, maybe a little obnoxious, but I compare it to being the rookie Jason Day and saying I’m going to take Tiger down. The truth is I’m attracted to people with self-confidence who may be a bit on the arrogant side, but only if they have game to back it up. When I hear that type of challenge I think it’s an opportunity to communicate in 08.

Now, to set the record straight (in 08). I recently found some interesting information:

With all the focus on digital these days, it’s easy to believe the hype that everything’s online and no one is paying attention to print anymore. But recent studies show people-lots of them, actually-are still reading your ink-on-paper magazines. They are not only reading them, they are also paying attention to and acting on the ads inside.

The Deloitte survey found that not only are all ages still reading print media, but the survey respondents overall (64 percent) pay more attention to advertising in print magazines or newspapers than advertising online. This is not the only survey to report these findings. Various studies and reports over the last couple of years show that even in a “digital age,” magazine advertising is still vital to a company’s marketing plan.

“People have gotten used to ignoring or skipping over commercials on television, and they immediately close pop-ups on the Internet,” says Ned Kulka, Marketing Director at Publishers Press. “Magazine ads, though, hold a different place in the minds of consumers.”

That said, its time to Elevate in 08!