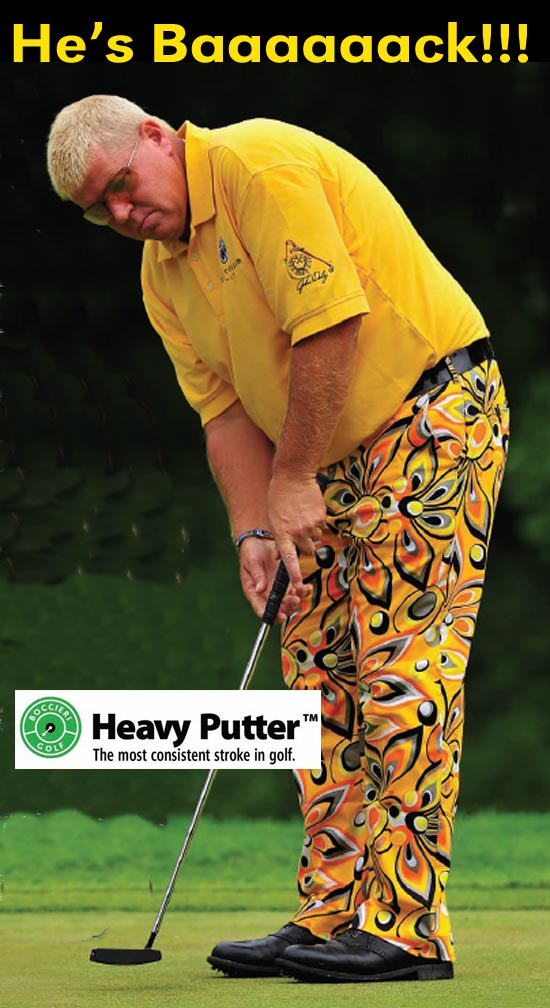 The return of Tiger Woods has certainly grabbed worldwide headlines in 2009, but it just may be another comeback that turns into this year’s biggest story. The rollercoaster career of John Daly is once again on the upswing and golf fans remain enthralled with the delicate balancing act between his tremendous ability and personal demons.

For all his antics, Daly has long been one of the Tour’s most gifted players. Boasting incredibly soft hands to go with prodigious length off the tee, he joined the PGA Tour in 1991 after three years at the University of Arkansas. Shortly thereafter, he shot an opening day 69 at the PGA Championship and held off a strong field, becoming the first Tour rookie in 15 years to capture a major championship.

In winning two more PGA Tour titles over the next three seasons, Daly became known for this “Grip It and Rip It” swing. His unorthodox style unleashed tremendous power and gained him legions of fans. While his golf game was booming, however, his personal life was crumbling. Daly’s first official suspension came shortly before his 1995 British Open victory and was a sign of things to come. Over the ensuing years, he lost his PGA Tour card, made trips to alcohol rehab, was married and divorced several times, admitted addictions to nicotine and gambling, and ran up estimated debts of more than $50 million.

The bottom for Daly may have come in late 2008, when he spent a night in jail for a public intoxication outside a Hooters restaurant in North Carolina. He was once again suspended by the PGA Tour and his mugshot was widely pictured in the media. Daly found himself on the outside looking in at a sport he once dominated. Forced to sell merchandise across the street from the Masters this April, Daly cut his infamous mullet, dropped more than forty pounds through stomach band surgery and joined the European Tour.

The 43-year-old quickly made a fashion statement by sporting brightly colored golf pants produced by Loudmouth Golf, but it was his play that generated the most excitement. In just his second tournament, he switched to Boccieri Golf’s Heavy Putter MID-WEIGHT Series and finished runner-up at the BMW Italian Open. Daly chose the K4 model – a toe-droop blade – en route to best professional finish in years.

“I haven’t played as consistently probably since 2004 when I won the Buick,” said Daly. “Working with Rick Smith has been a blessing, we’ve worked on every part of the game….he’s been great with me.”

Daly added, “The putter I used for the first time last week is just called the ‘Heavy Putter.’ It’s made by Boccieri Golf and the idea is that it helps you release the putter through the ball. It was excellent for me.”

Dropping weight and going HEAVY with his putter, just might be the start on the long journey back to the PGA Tour for Daly. He continues to play in Europe and is very capable of once again making an impact on this side of the pond in the coming months.

The Heavy Putter is back, and it’s sleeker and slimmer than ever. When the first Heavy Putters were introduced by Boccieri Golf more than four years ago, they turned heads with unconventional looks and opened minds with unique weighting properties. The secret to the company’s success isn’t just the heavier putter head, but also a counterweight in the shaft that raises the balance point and quiets the wrists. 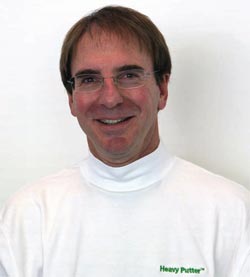 FGC: Why MID-WEIGHT Series? Why now?
SB: This is a simple one! For the past few years, consumers have been asking for a lighter Heavy Putter. We were told that the Original Series was just too quantum a leap in weight for golfers – even though research indicated the heavier weight benefits the golfer’s biomechanics, producing a more consistent stroke. The overwhelming evidence was not enough to convince most golfers, so we embarked on another research study that would redefine the Heavy Putter.

FGC: You mentioned research what exactly did you do?
SB: We went across the nation and challenged golfers of all abilities to compare their own putter against one of the new MID-WEIGHT’s. 7 out of 10 golfers preferred ours to their current model. The results were so compelling that we used them in our national ad campaign.

FGC: How is the MID-WEIGHT different than conventional putters?
SB: Conventional putters weigh in at about 500 grams, with the majority of the weight in the head. This results in a low balance point, leading to a wristy stroke motion. The MIDWEIGHT is about 750 grams total with the head around 50 grams heavier than conventional putters. To balance, we add an additional 200 grams in the shaft under the grip. More weight means greater control. The higher balance point created by the backweight quiets the hands and promotes a more consistent, pendulum style stroke.

FGC: Is there a learning curve when switching to a Heavy Putter?
SB: In most cases, golfers immediately adapt and enjoy the additional control due to the added weight. What they don’t realize is since the putter is heavier; it’s traveling at a slower speed at impact, resulting in a short putt. Most golfers have the misconception that because it’s heavy, they will hit the ball too far. Quite the opposite is true. The Heavy Putter is magnificent on fast greens.

FGC: We understand that John Daly is using one of the new MIDWEIGHT models, how did that happen?
SB: We have reps on all the major tours and John happened to try one of the new MID-WEIGHT’s at the Italian Open. He immediately switched to the K4 model from his current putter, resulting in a runner-up finish, his best in years. Furthermore, we had 11 players at the Irish Open using the putter. We have wins on every major Tour and over 10 million in player earnings. Heavy Putter is just getting started.