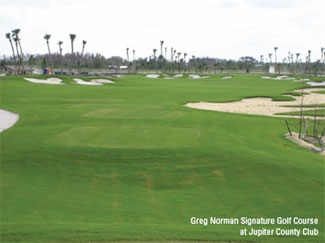 ST. AUGUSTINE, FL —On Nov. 13, 1997 in New York City, former President George Bush joined executives from Augusta National Golf Club, the Ladies Professional Golf Association, the PGA of America, PGA TOUR, and United States Golf Association to launch The First Tee, an initiative of the World Golf Foundation. Now, nearly 10 years later, The First Tee has made a positive impact on over 1.4 million young people around the world. “Through the invaluable support of Honorary Chairman George Bush and our Founding Partners; the outstanding leadership of Executive Director Joe Barrow and Todd Leiweke before him and their respective staffs; and, of course, the dedication of the Chapter leaders and volunteers, The First Tee has experienced tremendous growth over the past decade,” said PGA TOUR Commissioner Tim Finchem, who serves as Chairman of the World Golf Foundation. “Everyone involved with The First Tee can be extremely proud of the success it has had in reaching our youth, and we look forward to continuing its global growth and impact on generations to come.” The First Tee eclipsed a significant milestone in 2005 with the opening of its 200th facility in Louisville, KY. Currently, The First Tee has more than 250 golf-learning facilities in 46 states and five international locations, and has introduced the game of golf and its values to over 939,000 participants through its Chapter-based network. The First Tee National School Program has reached more than 490,000 students in over 1,100 U.S. elementary schools. In addition, The First Tee has developed over 800 affiliate relationships with golf courses that offer access to Chapter participants. Through outreach in urban, rural and disadvantaged areas, The First Tee has contributed to the diversification of the game. Fifty percent of participants are of diverse backgrounds — 33 percent more diverse than all of golf — according to the National Golf Foundation. The First Tee will celebrate “Ten Years of Positive Impact” during its 10th anniversary meeting in Jacksonville, scheduled for Nov. 2-6, 2007 at the Hyatt Regency Jacksonville Riverfront.

JUPITER, FL – Toll Brothers, the nation’s leading builder of luxury homes, announces that the Greg Norman Signature Golf Course at Jupiter Country Club is getting greener as each day passes. Among one of the area’s newest golf course communities, Jupiter Country Club is situated just west of Florida’s Turnpike on Indiantown Road.
According to a spokesperson for Greg Norman Golf Course Design in Jupiter, the golf course contractor has demobilized and the golf course is in the grow-in stage. Mowing of the fairways and greens have commenced on some of the holes. Landscaping work is in progress, and in February, the environmental contractor begins planting the littoral shelves in all of the lakes and on the lake banks.
“Because the golf course will be the centerpiece of this new community, we want it to be the first completed amenity,” said Toll Brothers Assistant Vice President Clay Cameron. “We anticipate opening this magnificent course in Fall 2007.”
For further information about Jupiter Country Club, visit the sales center or call 561-743-7900 or visit JupiterCountryClub.com.

CELEBRATION, FL (February 2, 2007) – Mystic Dunes™ Golf Club will host the American Junior Golf Association (AJGA)’s “Medicus Preseason Junior at Mystic Dunes” on April 13 to 15, 2007.
The AJGA’s Medicus Preseason Junior Series is a series of seven tournaments designed specifically for first-time AJGA members or those members who have not yet participated in an AJGA Open event, AJGA Invitational or Junior All-Star Series event in the current calendar year and/or the previous calendar year.
“We are thrilled to be involved with the AJGA, especially as junior golf’s popularity continues to grow,” said Mystic Dunes General Manager Melissa Suttles. “I am sure the young golfers will enjoy playing our unique, challenging course.”
The AJGA is a 501(c)(3) nonprofit organization dedicated to the overall growth and development of young men and women who aspire to earn college golf scholarships through competitive junior golf. The AJGA National Headquarters is located at Chateau Elan Resort in Braselton, Georgia.