MAUNA KEA RESORT, HI – The Mauna Kea Beach Hotel celebrated its full-fledged return to business as one of the world’s most revered resorts with its Grand Opening festivities this weekend.

The iconic Mauna Kea celebrated with themed events on Friday and Saturday featuring lavish dinners and concerts by Hawaii’s most beloved duo, Cecilio & Kapono, and the internationally acclaimed jazz-fusion artistry of Hiroshima.

Opened in 1965 on 60 acres overlooking Kauna’oa Bay – one of Hawaii’s finest natural white sand beaches – the Mauna Kea Beach Hotel is known for a remarkable sense of place that embraces without intruding on its dramatic natural surroundings. In 2007, the American Institute of Architects recognized the hotel as one of the 150 best works of architecture nationwide.

Reservations can be arranged through a preferred travel planner or by calling Prince Resorts Hawaii’s Luxury Desk toll-free at 1-866-977-4589. For the latest updates and information, please visit www.maunakeabeachhotel.com.

ICI Homes wins Major Awards during Flagler County Parade of Homes, Including One for Energy Efficiency

DAYTONA BEACH, Fla. – ICI Homes, which ranks as one of the most active home builders in Florida, won three major awards—including one for energy efficiency—during the recent Flagler County Parade of Homes, sponsored by the Flagler Home Builders Association.

“We were delighted at the recognition for the Emerald model home. Interest in energy-efficient design is increasing every day,” she said.

CHAMP™ Spikes urges everyone to ‘Think Pink’ in ‘09 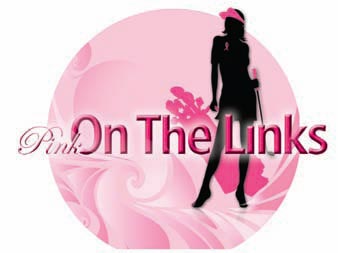 CHAMP™ Spikes today announced plans to continue its highly successful Pink on the Links™ program for 2009, and additionally increasing player participation around the world via the international tours.

CHAMP created Pink on the Links™ in 2007 as a way to raise funds for breast cancer research and honour mothers the world over. The Tour’s No.1 spike brand donated money to the American Cancer Society on behalf of PGA and LPGA Tour players that wore CHAMP’s commemorative pink and white spikes during Mother’s Day weekend tournaments.

Last year the Pink on the Links™ program expanded to the Champions, European PGA, European Ladies, and Duramed Futures Tours. The Presidents Cup captain was among 50 players at the 2008 Players Championship who dared to sport a set of pink spikes, showing that they really are mummy’s boys after all!